Submitting his Letters of Credence to the White House through the Department of State, Ambassador Khatri addressed a note to the President conveying the best wishes and warm felicitations of the Right Honorable President, the Right Honorable Prime Minister and the people of Nepal for the President’s successful tenure, good health and happiness, as well as for the continued prosperity of the people of the United States of America. Ambassador thanked the President for the continued support of the United States in the overall development efforts of Nepal, and expressed his firm belief that the longstanding close friendship and partnership between the two countries will further deepen and expand in the days ahead.

Acknowledging the receipt of the Letters of Credence of Ambassador Khatri, the President welcomed the Ambassador as a member of the diplomatic corps in Washington D.C. and expressed his Government’s desire to advance common agenda of the two countries and deepen the strong and abiding friendship between the two countries.

Given the COVID-19 pandemic restrictions still on place, the mode of presentation of credentials was by paper, instead of the customary in-person ceremony. 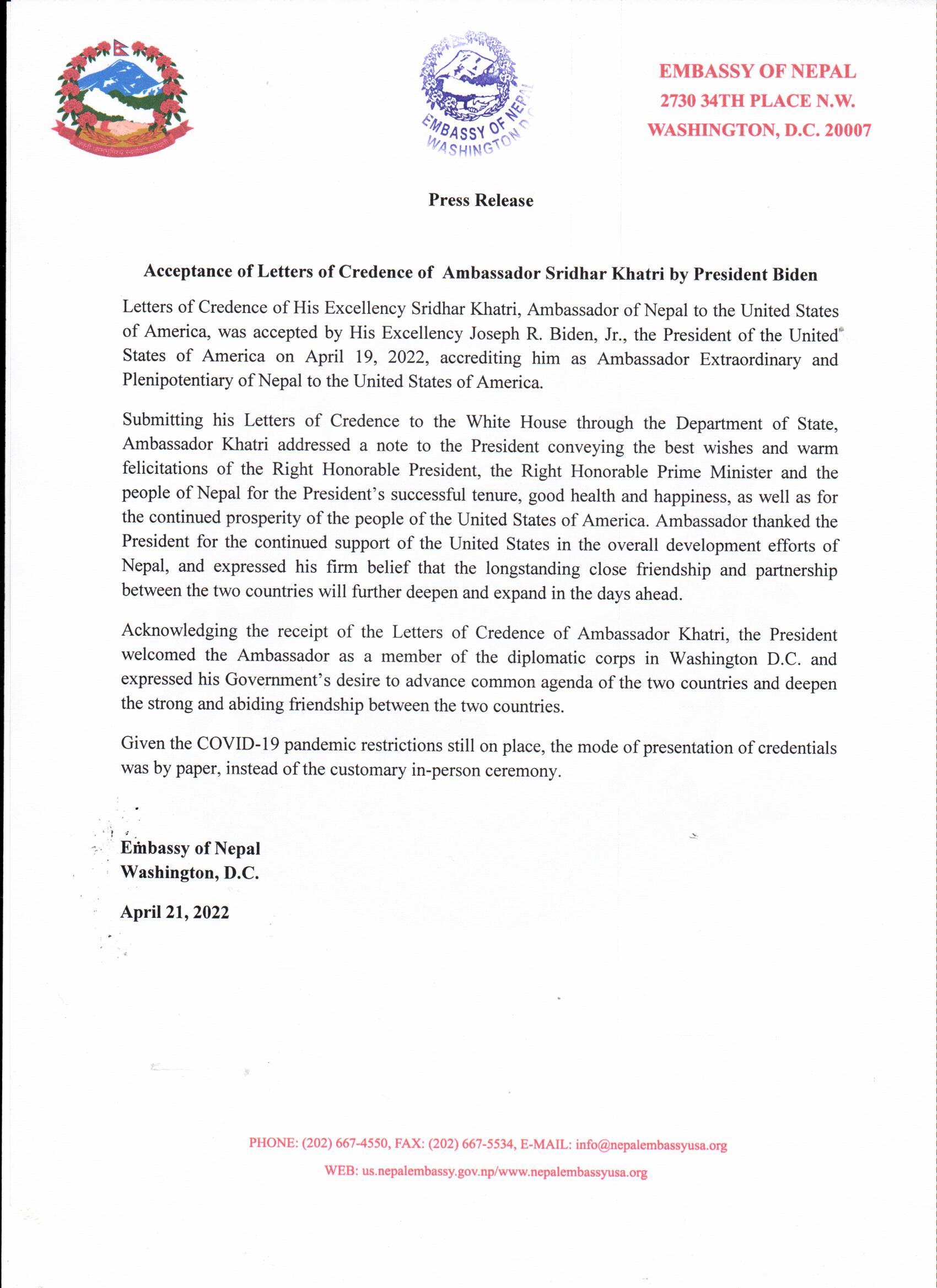