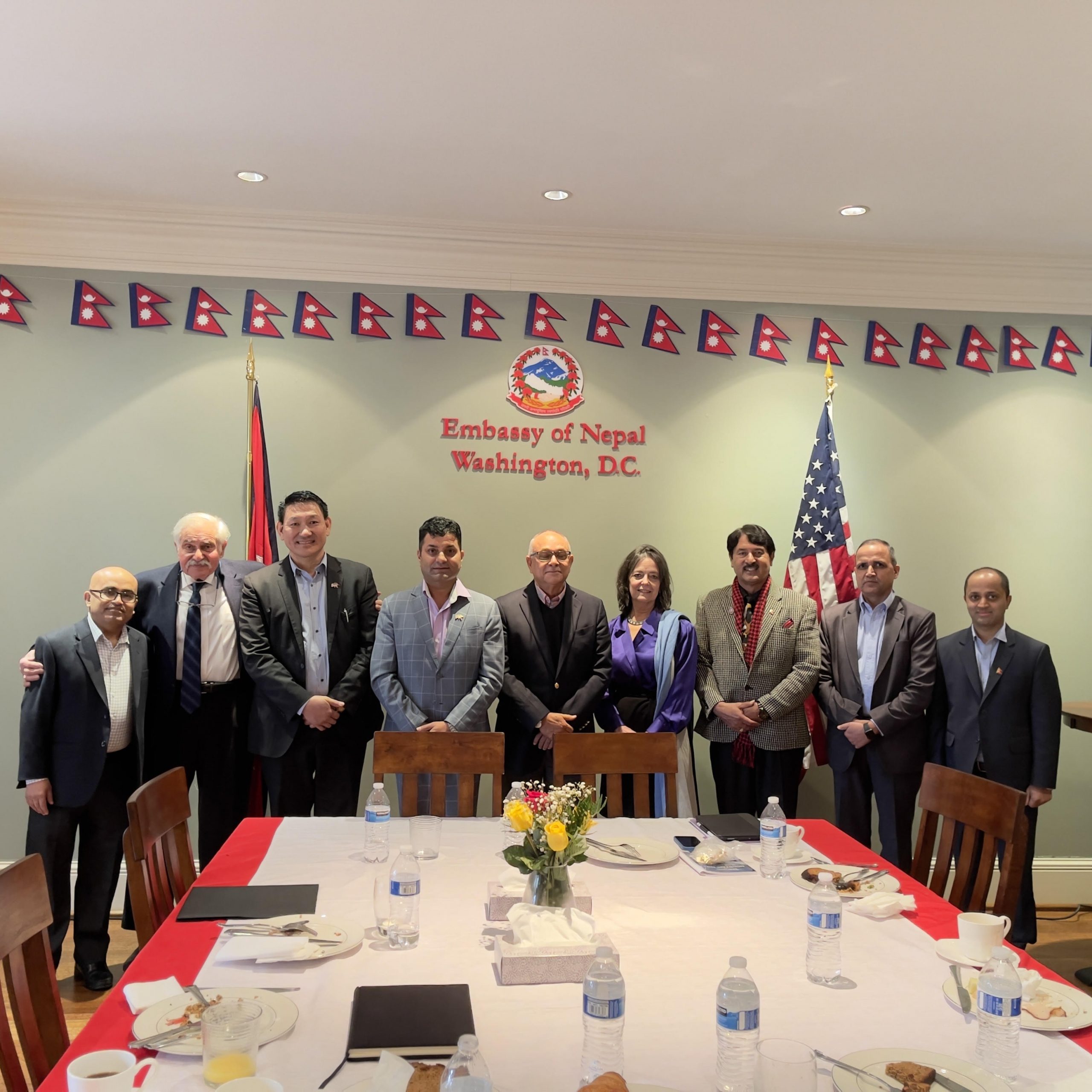 Ambassador Khatri held a breakfast meeting with Honorary Consuls of Nepal in the United States at the Ambassador’s official residence on 27 March 2022 with the view to get an update on the past activities undertaken by the Embassy and the Honorary Consuls in promoting Nepal’s economic and cultural diplomacy and to plan for the next year. Honorary Consuls Mr. Marvin Brustin, Chicago; Mr. Prem Raja Mahat, Baltimore; Mr. Rishi Punakhar Dhakal, San Diego and Mr. A.C. Sherpa, Seattle attended the meeting. The meeting discussed on topics such as investment promotion, tourism promotion, art and culture promotion, and trade promotion with a view to arriving at a commonly agreed calendar of action for economic and cultural promotion activates to be undertaken by the Embassy and the Honorary Consuls in the coming months and for the next fiscal year.