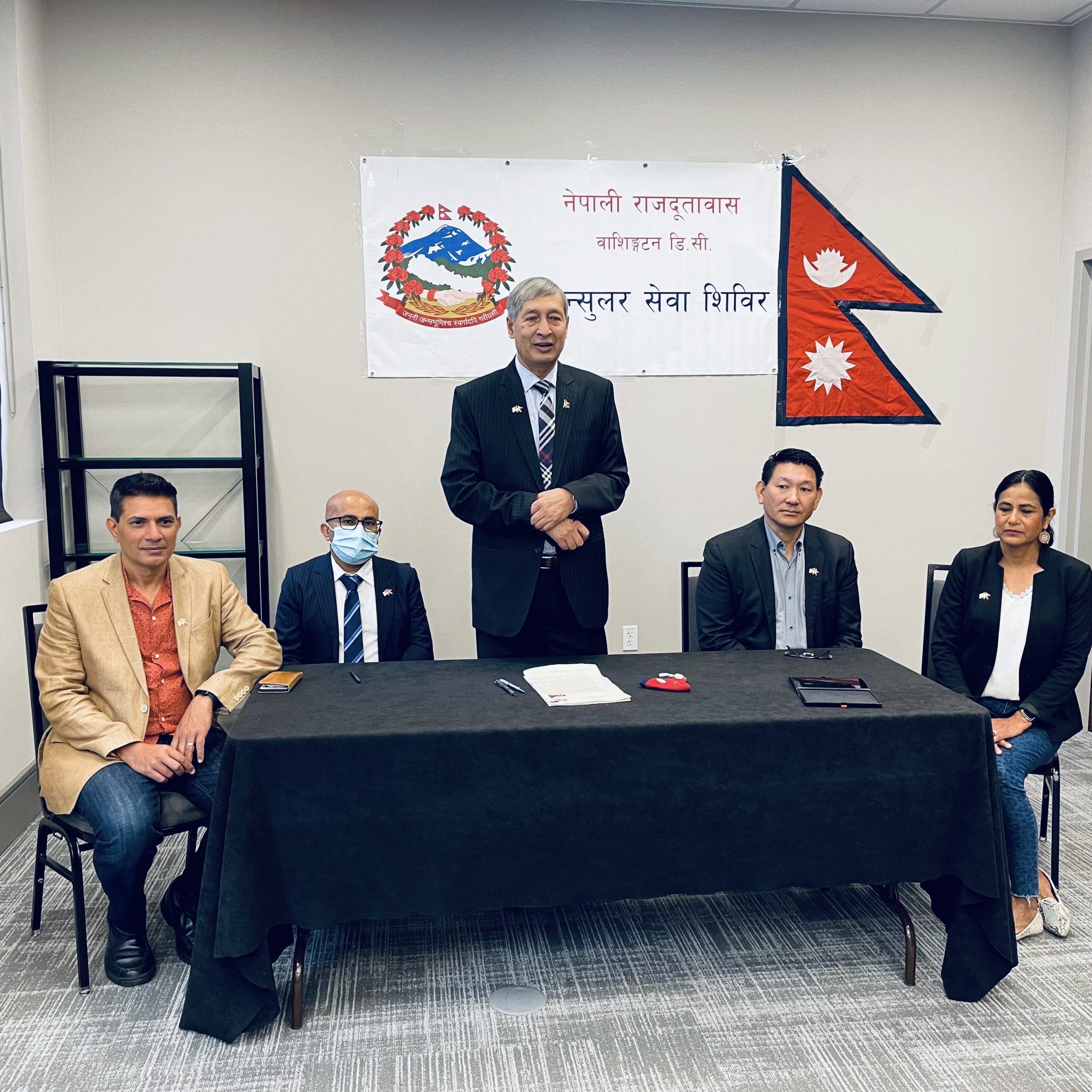 The Ambassador held interactive meetings with Nepali professionals and entrepreneurs working in Seattle and surrounding areas, including in major Tech companies such as Microsoft and Amazon. Yesterday evening, the Ambassador also participated in a virtual program titled Brain Gain Nepal organized by the Honorary Consulate of Nepal in Seattle. On August 06, Ambassador Khatiwada held a virtual meeting with the Association of Nepalis in Midwest America. During these engagements, the Ambassador highlighted potential areas where the Nepali Diaspora could make meaningful contribution in the overall development process of Nepal through their talent, skills, and experiences. During the Brain Gain interaction, he called on the newly elected NRNA-USA to undertake a comprehensive survey to identify and connect the talents, expertise and skills among the NRNs. He Ali urged the Nepali diasporas to volunteer in Nepal and to take to Nepal technology, entrepreneurship, and managerial skills from abroad. Honorary Consul General of Nepal in Seattle Mr. A. C. Sherpa and Seattle-based Nepali community organizations and representatives offered voluntary support and facilitations in organizing the consular camp as well as the promotional events.

The Ambassador is scheduled to hold more such interactions with local professionals, entrepreneurs and Nepali community representatives in Seattle during his stay in Seattle until 9th of August.