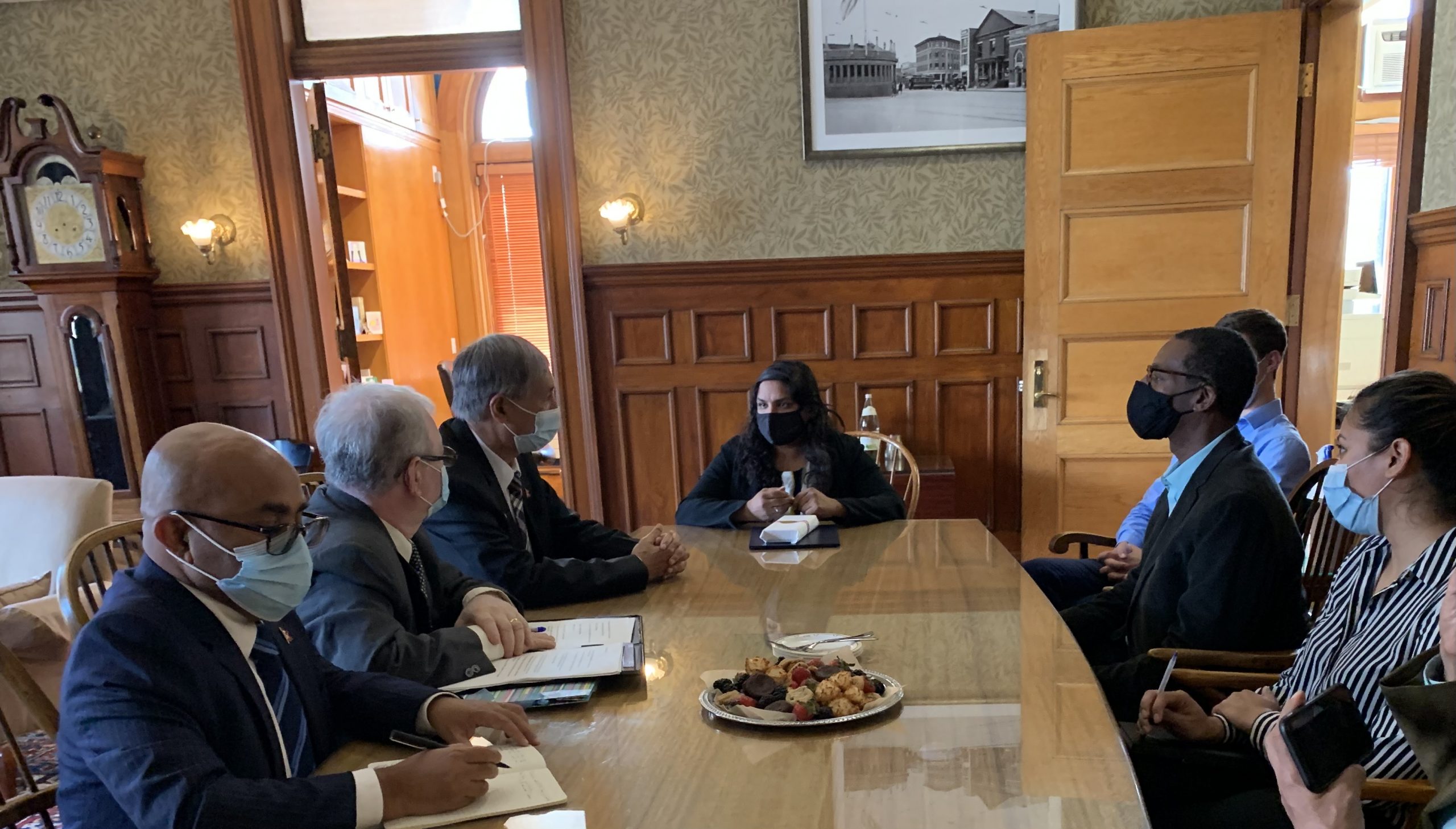 Ambassador Khatiwada had a courtesy meeting with the Mayor of the City of Cambridge, Massachussets Sumbul Siddiqui at her office in the City Hall today. On the occasion, Mayor Siddiqui welcomed the Ambassador by bestowing on him the key to the city. During the meeting, views were exchanged on matters related to the welfare of Nepali community residing in the city and on further promoting Nepal-US relations at local government level, including through the establishment of sister city relations. 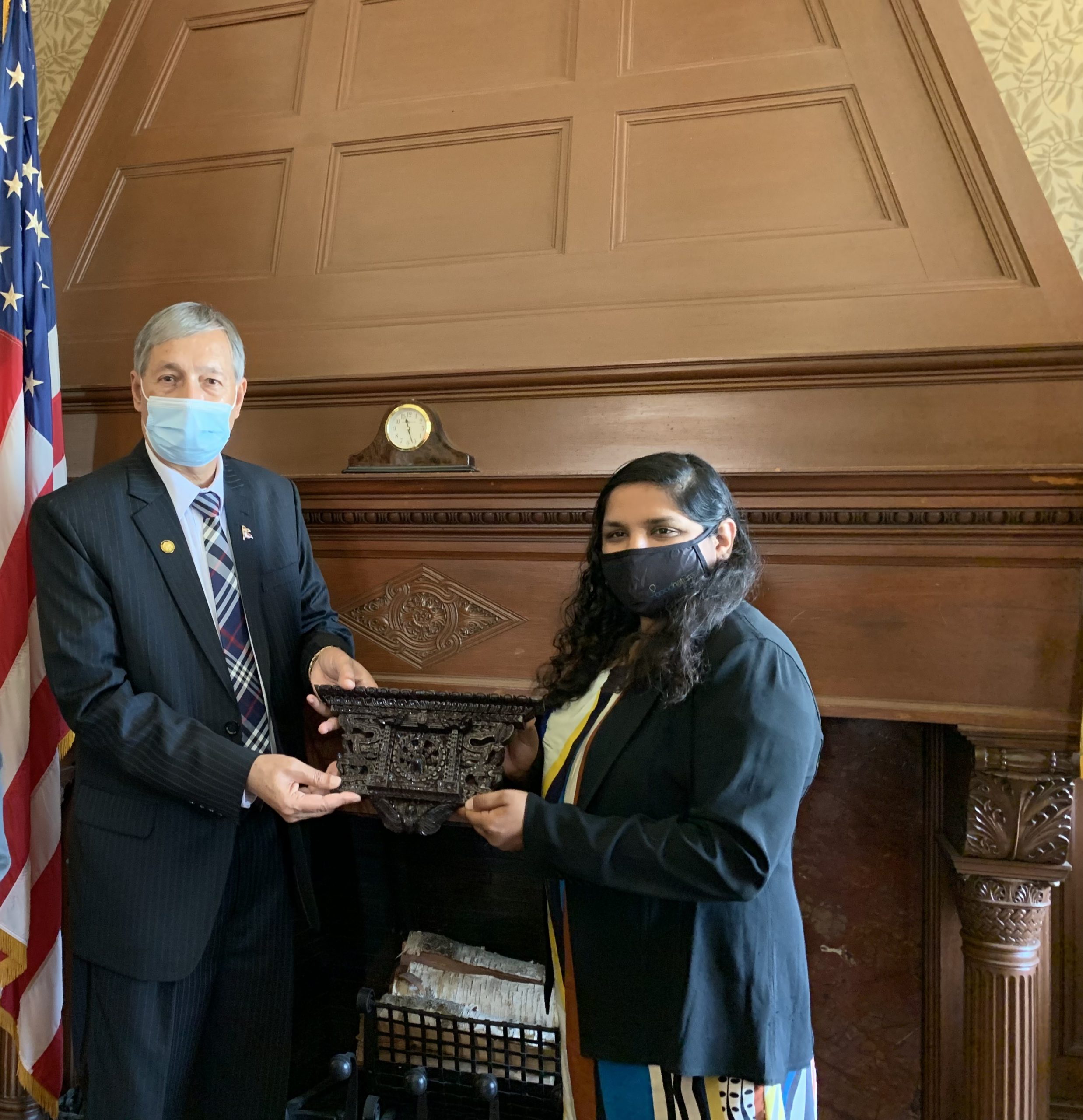 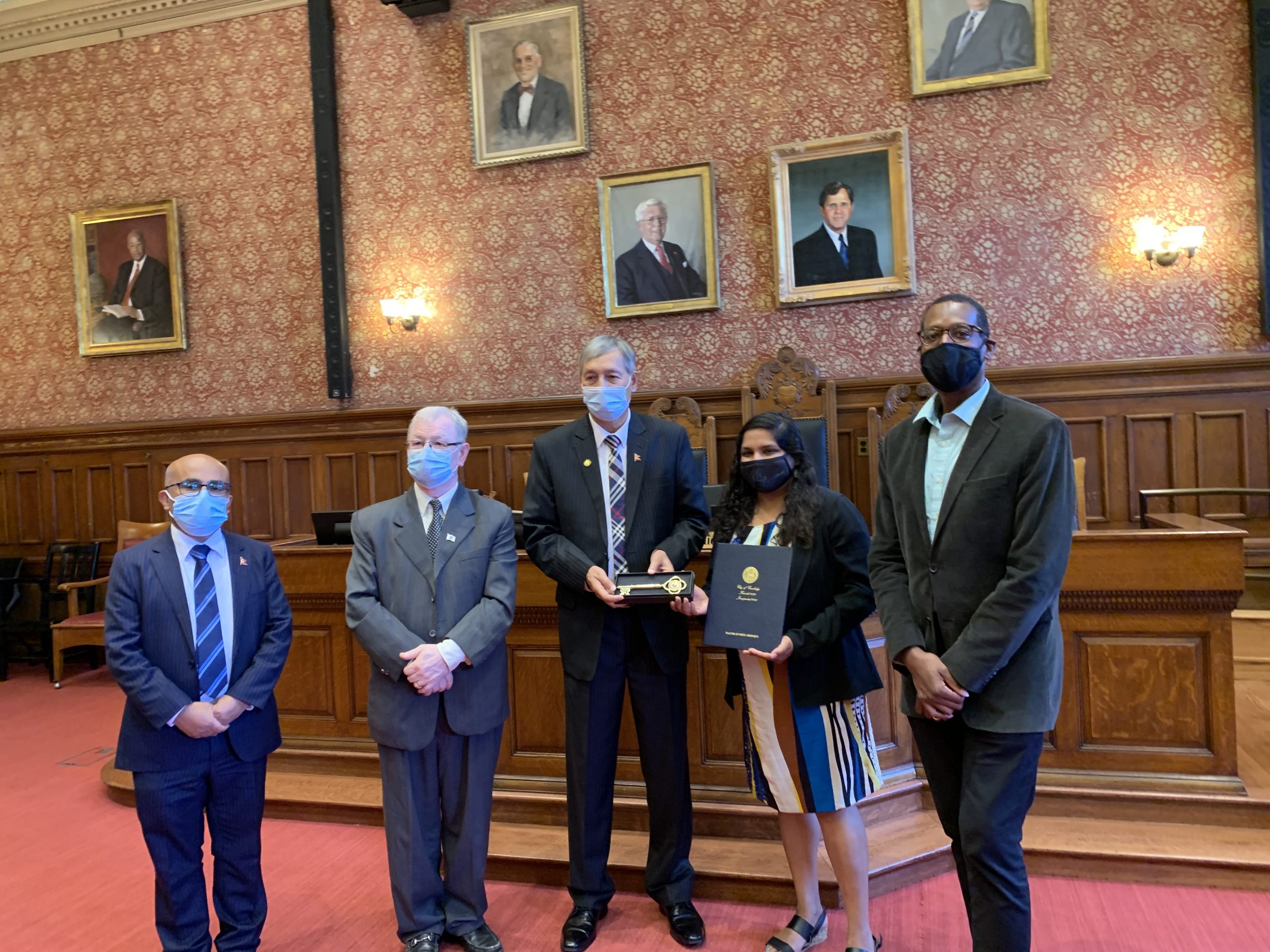