The Embassy celebrated the Constitution Day as the National Day of Nepal by organizing a special ceremony in Washington, D.C. today.

Speaking on the occasion, Ambassador of Nepal to the United States H.E. Sridhar Khatri extended his greetings and best wishes to the members of Nepali community and friends of Nepal in the United States. Highlighting the historical context and salient features of the Constitution, he said, “Sustainable economic development and social justice is critically needed to sustain and nourish democracy in the long run.” “In this context, Nepal looks forward to continue its partnership with friends and well wishers across the world in its development efforts,” he further added.

The Ambassador took the occasion to thank the US Government for its continued support and cooperation in Nepal’s development efforts, including for its largest ever development cooperation project, the MCC compact, which was ratified by Nepali parliament in February this year. Mentioning the 75th anniversary this year of the establishment of formal diplomatic ties between the two countries, he said, “Our bilateral relation draws its strength from many commonalities and shared values between us. Both Nepal and the United States are rich in their cultural diversities which we both regard as the vigor of our national character.”

Acting Assistant Secretary for South and Central Asian Affairs at the State Department, Mr. Dean Thompson addressed the function as the Chief Guest and highlighted the ever deepening bilateral relations between the two countries. Expressing that the United States wanted to see a democratic and prosperous Nepal, he mentioned that the United States would continue its support and partnership to Nepal in this direction.

The event was attended by officials from various departments and agencies of the US Government, members of Washington-based diplomatic and corps, prominent personalities from various walks of life as well as members of Nepali community in the US. Earlier in the morning, as part of the celebrations, the Ambassador hoisted the national flag at the Embassy Chancery, amidst a separate ceremony attended by the members of the staff of the Embassy. 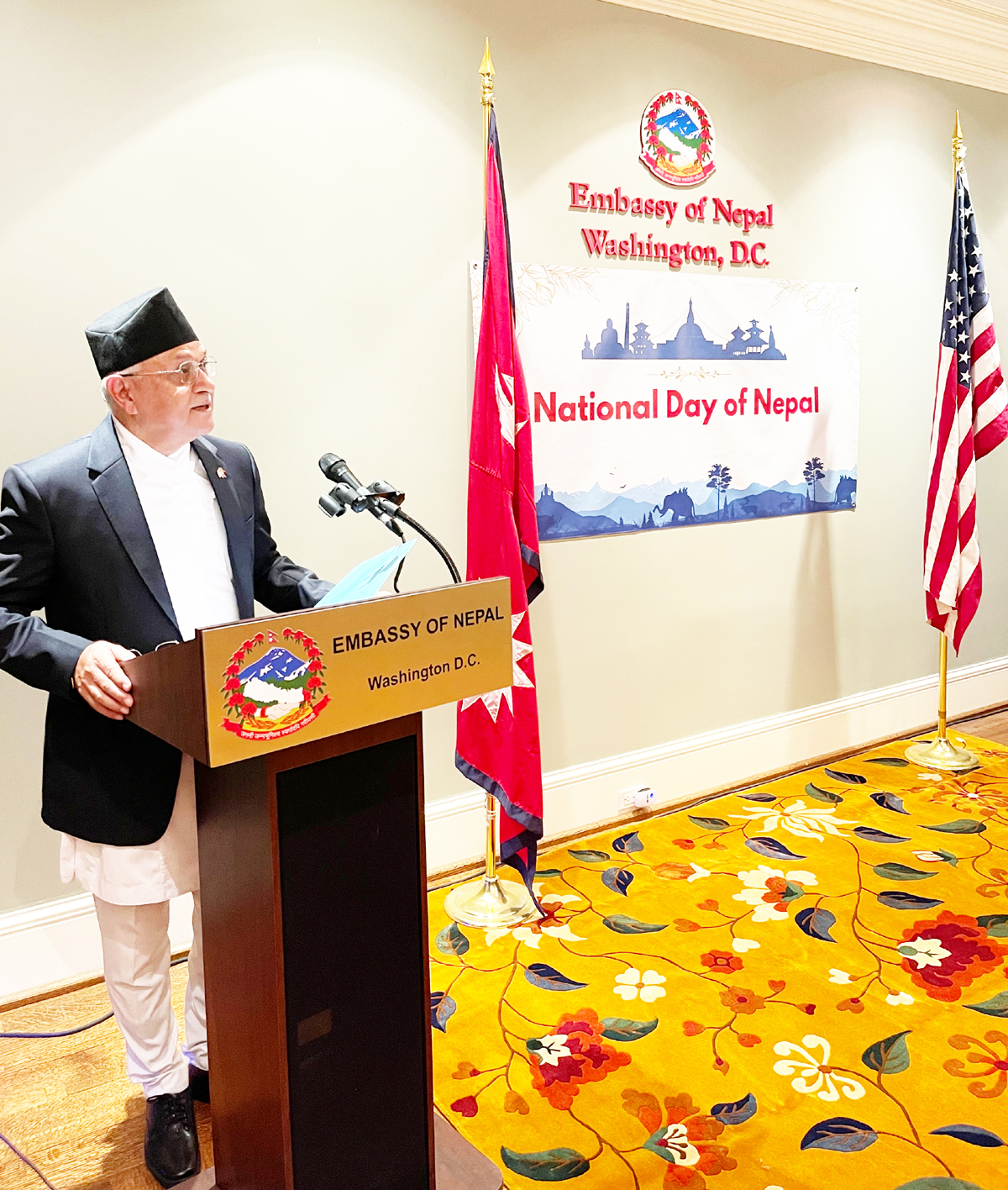 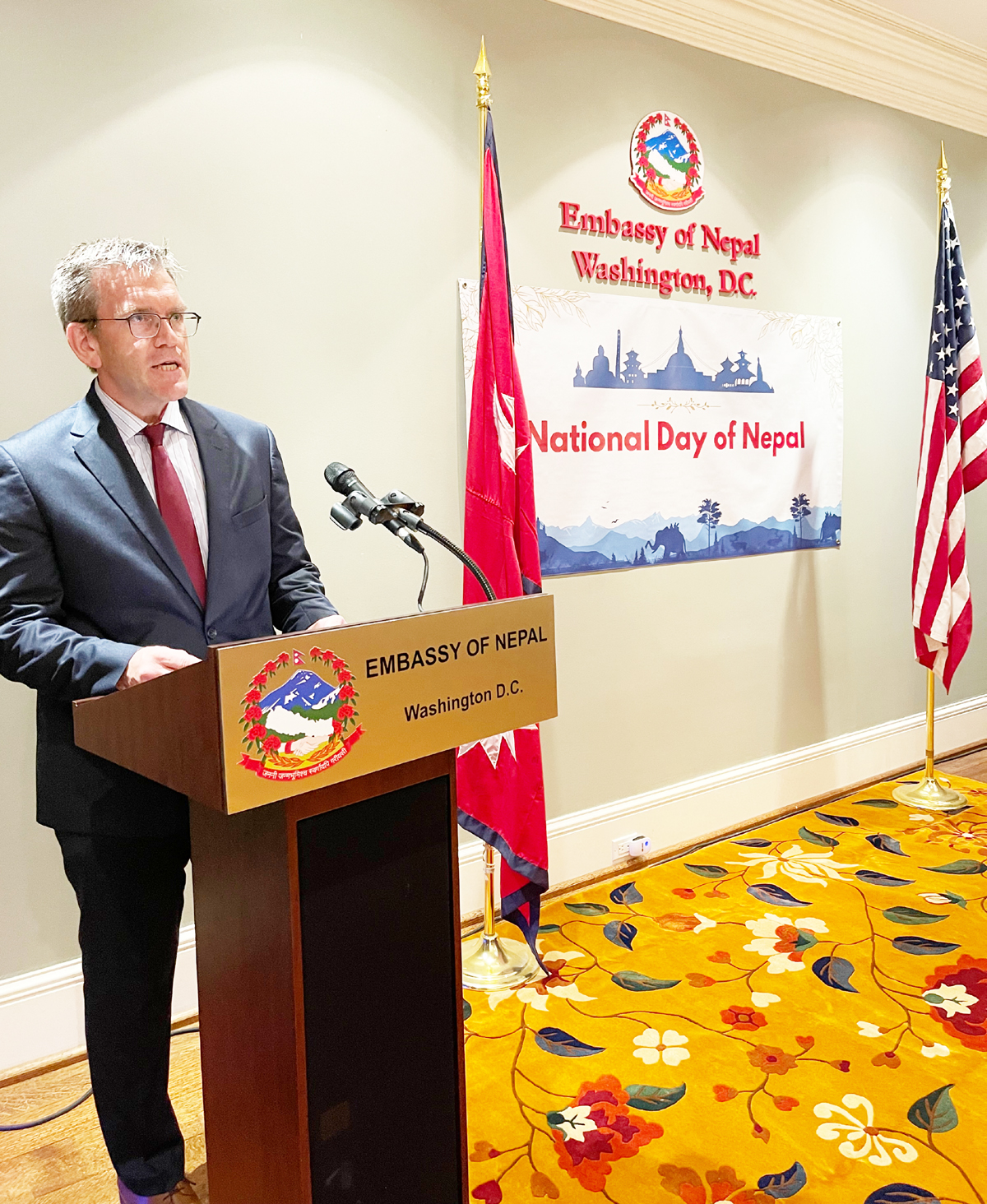 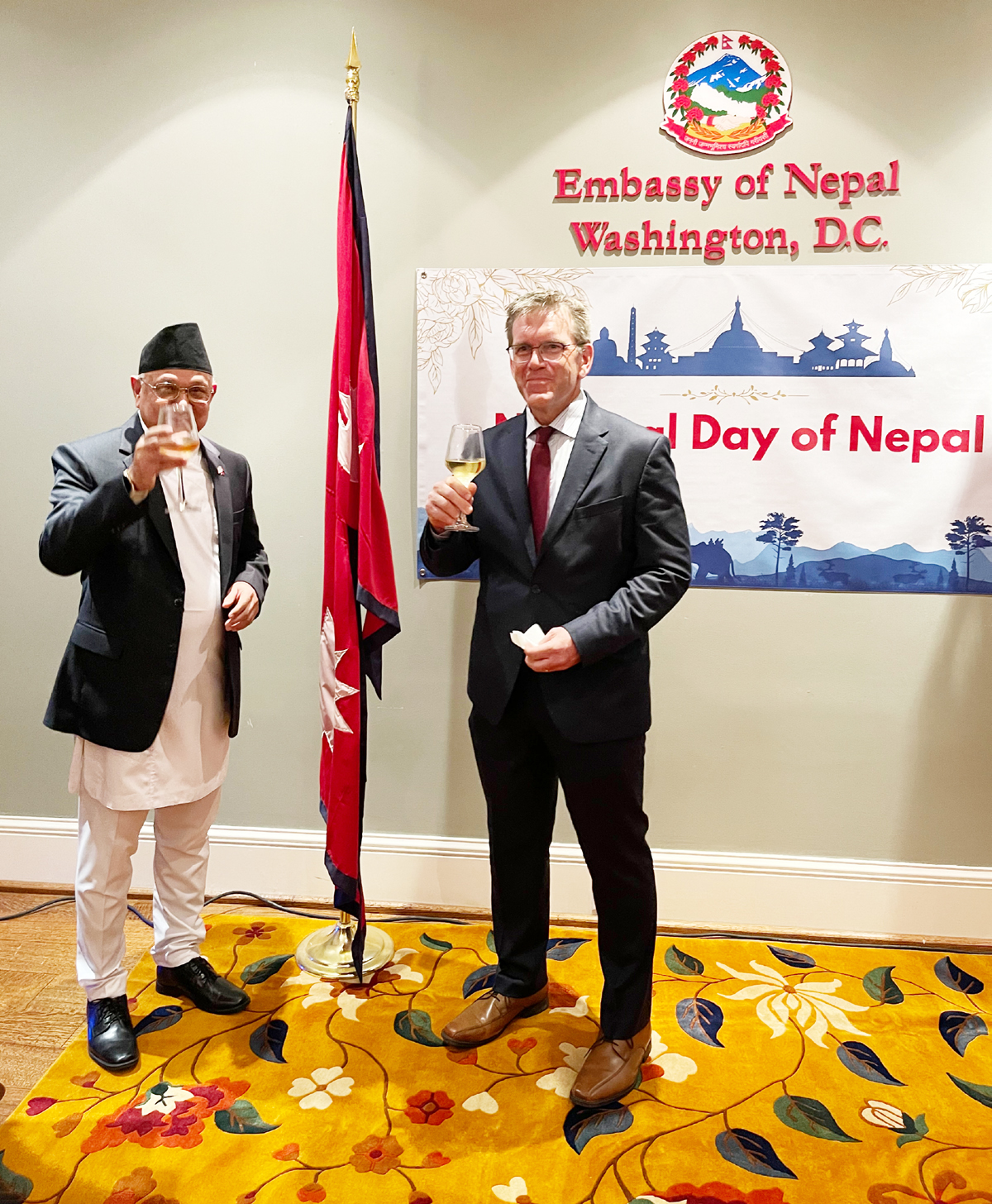 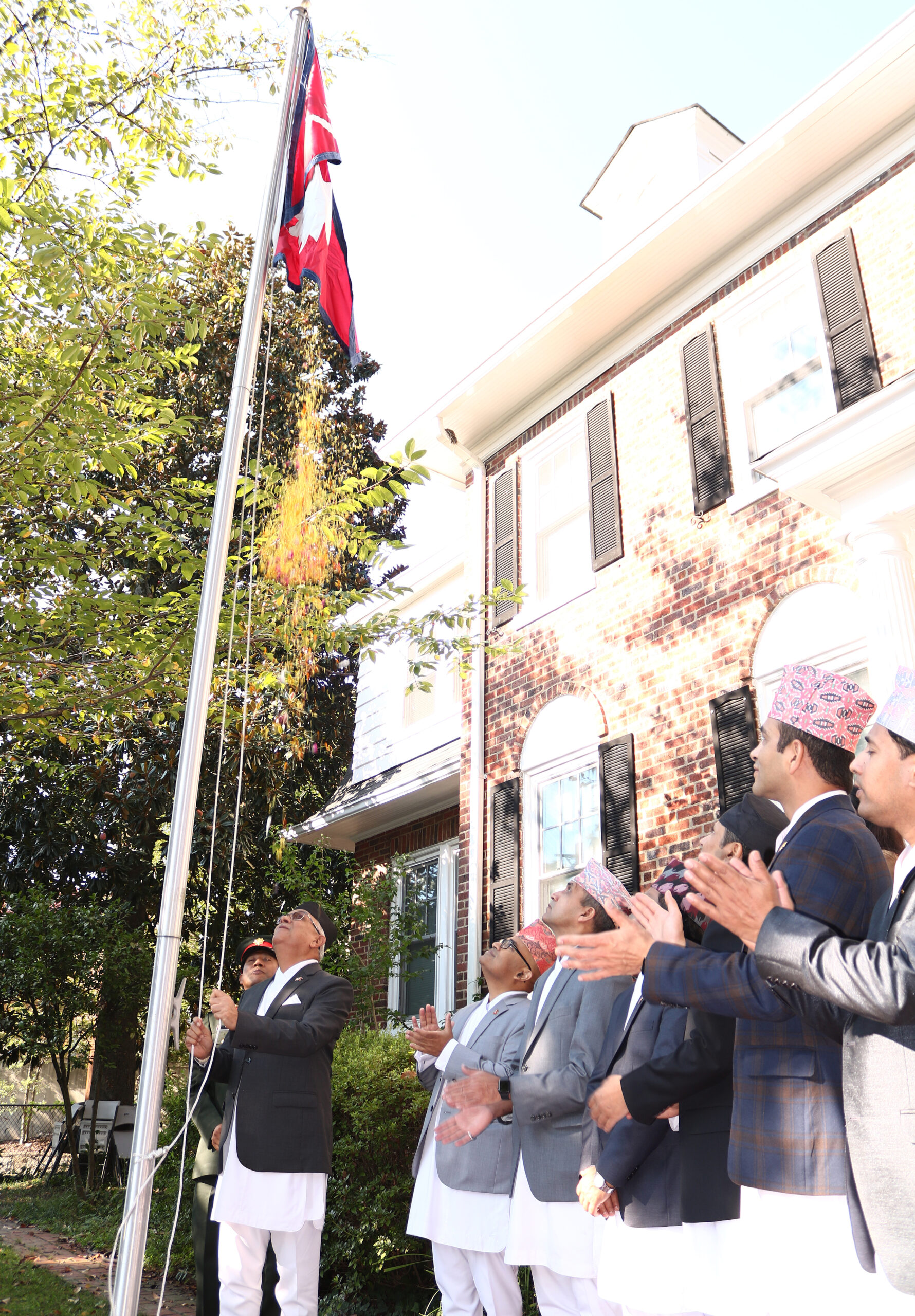 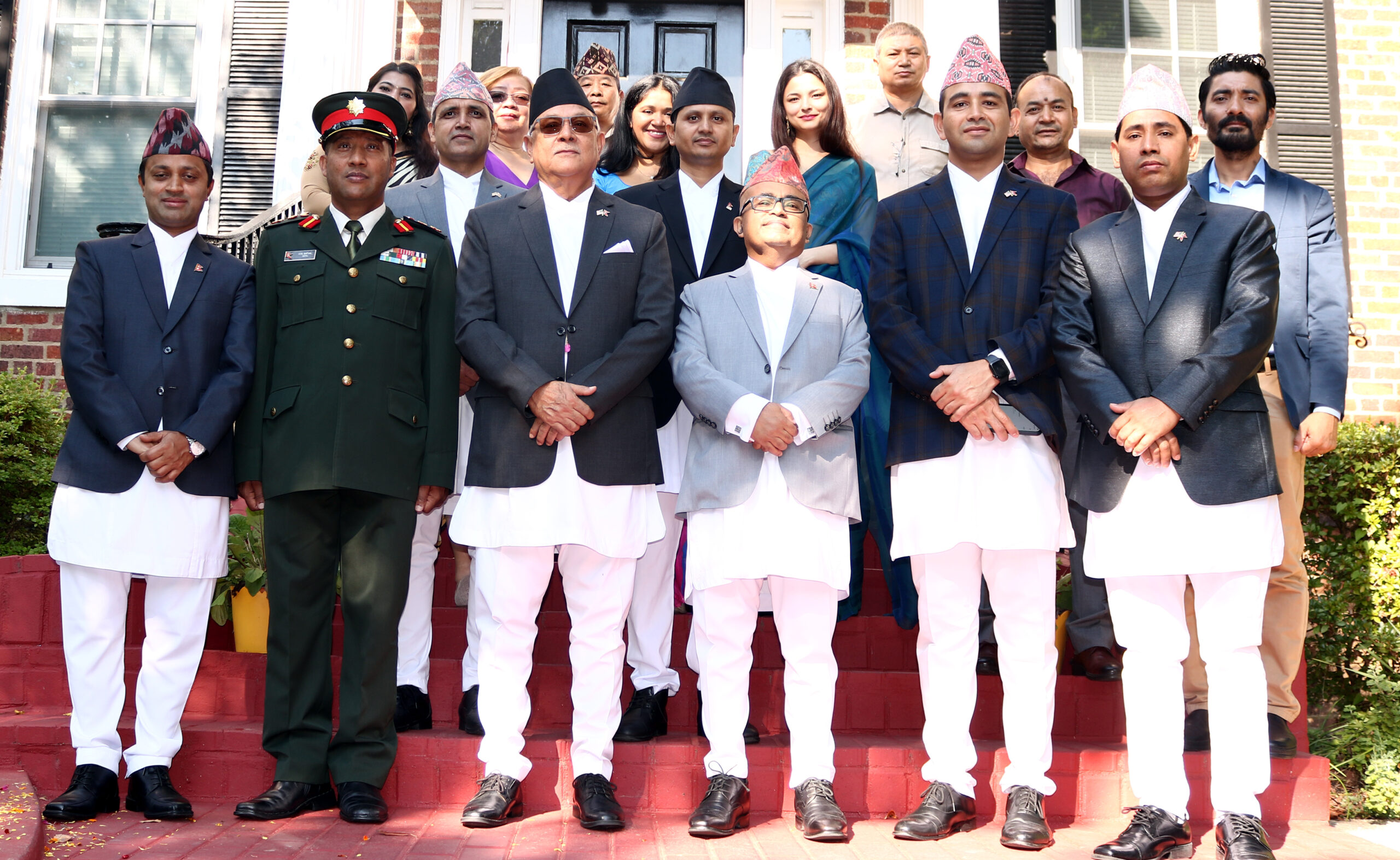